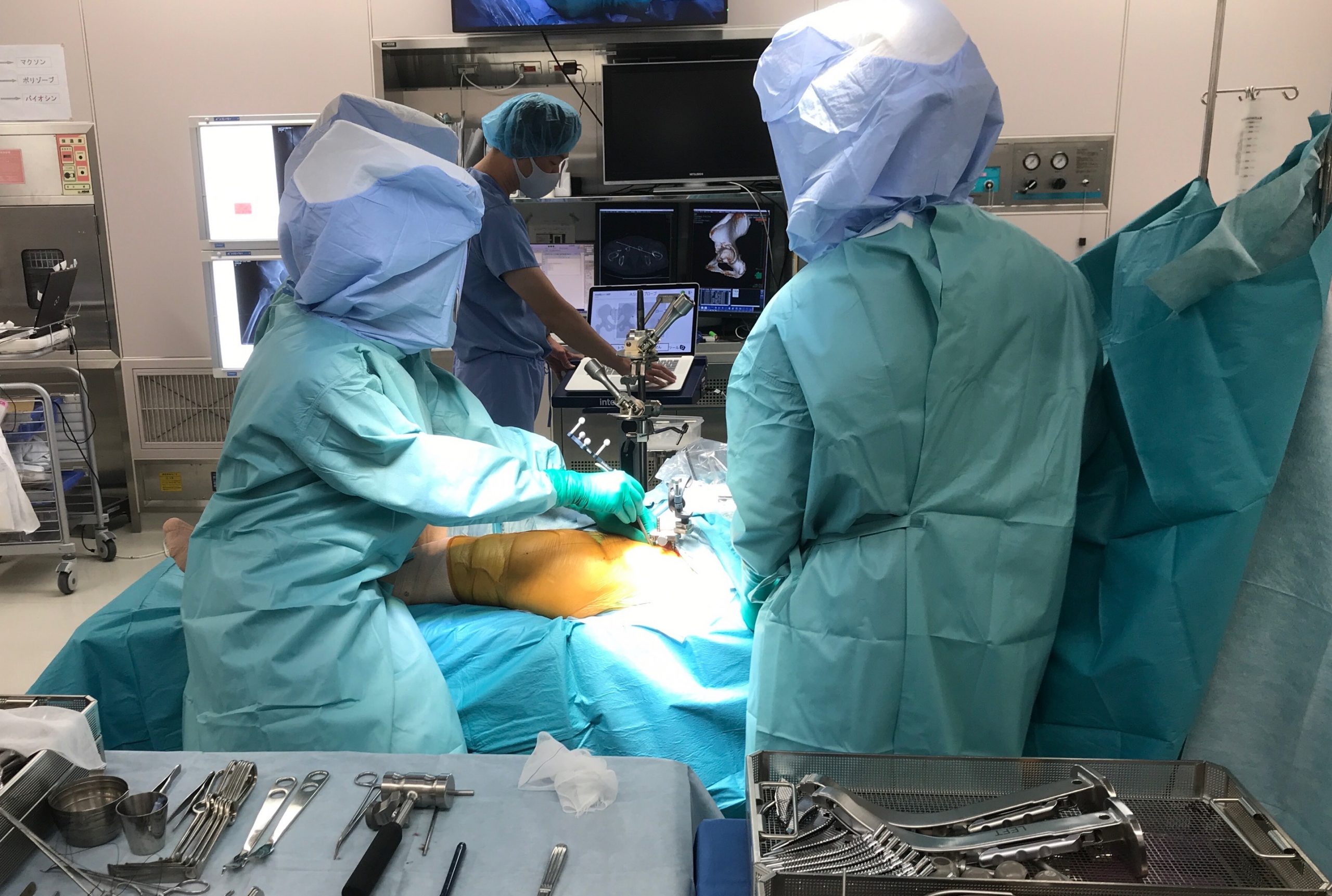 Kitchener, ON – Intellijoint Surgical is celebrating its official launch in Japan! Dr. Toshiaki Okura became the first surgeon in the country to use Intellijoint HIP® on May 20, 2021, at Konan Kosei Hospital in Aichi, Japan. This milestone marks Intellijoint’s entrance into the world’s largest computer-assisted surgical navigation market.

“We’ve been eagerly anticipating this launch in Japan and it’s finally here. We are so proud that our Intellijoint HIP navigation technology will benefit the great people of Japan,” says Armen Bakirtzian, Co-founder and CEO at Intellijoint. “Joint pain impacts people all over the world and it's our mission to provide every surgeon with the best tools to optimize patient outcomes.”

It was a busy first week for Intellijoint HIP in Japan with five hip replacement surgeries scheduled. The surgeons were pleased with the measurements provided by Intellijoint’s navigation system and the procedures were all successful. Intellijoint and their local distribution partner, Japan Medical Dynamic Marketing, are excited by this promising start.

Bakirtzian says, “It’s great to see the demand and interest for Intellijoint HIP, as witnessed by this first month. It’s an exciting start and we anticipate rapid growth in Japan as more surgeons use our navigation system and witness its benefits to their patients.”

Intellijoint HIP is a surgeon-controlled navigation system that provides real-time measurements to optimize implant alignment and positioning during hip replacement surgery. Since its launch in 2016, it’s already been used in more than 20,000 hip surgeries in the United States, Canada, and Australia combined.

About Japan Medical Dynamic Marketing: Japan Medical Dynamic Marketing Inc. was established in 1973 as Hospital Services Co. Ltd. and changed to its current name in 1981. Through their corporate policy of contributing to medical care, they demonstrate the characteristics of trading companies and manufacturers in a well-balanced manner for the health of people around the world. While broadly and deeply involved in the medical industry, JMDM pursues strong business development and invest passion into developing original products.

The Journey to 20,000 Total Hip Replacements: Thoughts from the Founders